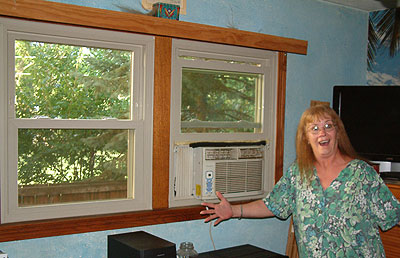 Eric and Sharon Mobley registered prize entries at the Improveit! Home Remodeling locations throughout the year, but it was their online entry that was pulled to win the 2009 Home Makeover Contest.

The couple from Columbus won the grand prize and elected to have 10 windows replaced with energy efficient windows from Improveit! Sharon said replacing windows was on her to-do list, but finding a way to pay for them had the project on hold. They both agreed that improving the energy efficiency of the home is needed. The house was built in 1956 when the technology for stopping heat loss was insufficient compared to modern building codes. 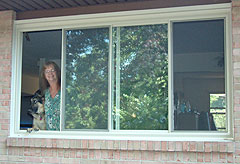 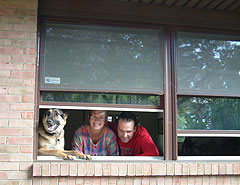 She has been employed for 33 years as a tax agent for the state of Ohio. The couple has been married for five years, Eric works installing hardwood flooring in homes. They both claim they have never won anything of value contributing to the special day when they were announced as winners.

“I won a scratch-off once, a $30 winner,” said Eric after he was presented with the winning certificate. “The guy I was with won $500.”

Improveit! holds an annual prize drawing with a total retail value of $45,000 for 53 Ohio winners, the grand prize is a home makeover with a choice of improvements from the specialties of Improveit!. Improveit! installs energy efficient replacement windows, insulated vinyl siding, and Owens Corning AttiCat attic insulation. These products are manufactured in Ohio for homes in Ohio, with technology that reflects the temperature changes required for the most efficiency. The company also specializes in quality bath and shower systems installed in one day and gutter protection systems. Residents of Ohio can register on the improveitusa.com website for the annual grand and second-place prizes.

Visitors to the Improveit! booth at the Ohio State Fair have entered the Grand Prize drawing and have also been eligible to win a low MPG scooter for inter-city travel. The scooter is given away as part of the effort by Improveit! to promote energy efficient products and its green initiatives.

ABOUT IMPROVEIT! HOME REMODELING: Improveit! Home Remodeling of Ohio is a contractor & remodeler specializing in replacement windows, home insulation products, entry doors, gutter protection, 1-day bath and shower systems, and other home improvements. Improveit! is a nationally recognized home remodeling company well-regarded for setting a new standard of service excellence. The company is a recipient of Remodeling Magazine’s prestigious Big 50 award for excellence, Qualified Remodeler’s Top 500, and has won the Consumers’ Choice Award eight consecutive years with 14 separate awards. The year 2009 marked the 20th Anniversary of services to the communities of Ohio with over 30,000 jobs sold in residential homes. The company’s main websites are www.improveitusa.com, www.improveittogether.com, www.improveit2green.com, and www.improveitjobs.com. For more information contact Improveit! by email at info@improveitusa.com. 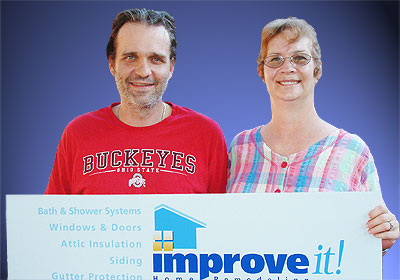