You may want to make a mental note of April 22, particularly if your home was built before 1978. It is the day a new federal law goes into effect that will require remodeling projects be performed by companies certified in lead containment.

Congress picked 1978 as the year of concern, that year was the first year lead used in paints was made illegal in the United States. Homes built after that have a better chance that they do not contain lead in the paint on the walls. There are two caveats in that statement, “better chance” and “paint on the walls.”

BETTER CHANCE BEFORE 1978: There is a “better chance” because the police didn’t go door-to-door and destroy all lead paint containers that year so surplus paint may have been used to paint your home in say, 1980. On the other hand, companies realized the hazards of lead paint before 1978 and your home may not contain lead at all. 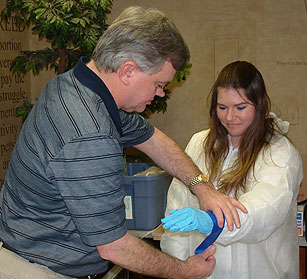 There is evidence that lead paint was known to be harmful in some ways as early as 1897. Cans of Aspinell’s Enamel produced in England contained the marketing phrase, “Does Not Contain Lead.” They were not alone in the marketing of lead-free paint.

Long before that lead was popular and widely used commonly, including in the printing industry. We now know that Benjamin Franklin had lead poisoning. He wrote of the effects in a famous letter in 1786, even proclaiming that a distillery had poisoned the people of North Carolina by using lead in its process. He penned that Massachusetts had outlawed the use of lead soon after that. Franklin died four years later.

PAINT ON THE WALLS: The law doesn’t just pertain to “paint on the walls”, lead was used for other construction projects such as in the grout in bathroom tiles, or in the tiles themselves. The law protects you from having that dust circulated throughout the house in home renovations.

Figures are dramatic for homes built before 1940 where 86% of the homes in the United States are estimated to contain lead in paint or some other form. It drops slightly for homes built between 1940 and 1959 to 66%, and more dramatically for homes between 1960 and 1978 whereby 25% of the homes are estimated to have a lead presence. These estimates are averaged over the United States, but there is a conclusion that these percentages are higher East of the Mississippi.

Lead was added to paint for color and durability, it also had the inherent ability to kill living organisms. The health risks continue to add up for exposures to lead. Lead poisoning contributes to damage of the brain and the central nervous system. Subjects experience decreased intelligence, reading and learning disabilities, behavioral problems, and permanent liver damage. The risk is greatest to the fetus of pregnant woman, where calcium for the unborn is drawn from the bones of the mother where lead is present. The risk is also great in toddlers under the age of two because the body is experiencing a large degree of growth. As little as 40 micrograms can be fatal.

Congress and the EPA have addressed the issue over the years and banned the use of lead in paints starting in 1978. It may be that no home is exempt from the dangers of lead poisoning. While renovating the White House in 1992, Millie, the family pet of President George H.W. Bush died from breathing in lead dust. That year Congress enacted the Title X (Ten) Residential Lead-Based Paint Hazard Reduction Act of 1992. Although the act focused primarily on HUD housing lead containment, it did bring awareness once again to the issue. In the public sector guidelines were implemented to disclose lead presence when selling a home. 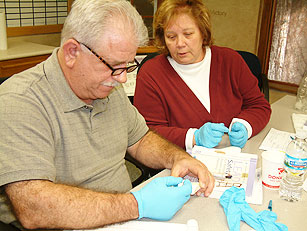 Not until April 22, 2008 did the EPA enact Renovation, Repair, and Painting (RRP) rules that will have a far-reaching effect on home remodeling projects. Congress gave the EPA this power through the Toxic Substances Control Act. The rule is to become effective two years later. It designated target housing as built before 1978 and child-occupied facilities, with wording to define each. There is an opt-out waiver for homeowners, but only if there are no children present under the age of six.

WHY IS THIS IMPORTANT TO ME?: After April 22 any project that affects an area of 6 square feet indoors or 20 square feet outdoors will require a Certified Renovator to perform the work, if the surfaces affected are tested positive for lead. This could affect work done on the home by cable installers, painters, paid handymen, plumbers tearing out walls, or home remodelers. 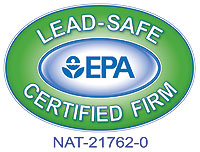 These rules will be enforced to protect your children, you, and the workers performing the work. Certified renovators are trained in the procedures for containing and reducing the amount of lead dust when removing debris from the home. They are also responsible for training their workers to perform containment procedures under the guidelines of the EPA. There are more stringent guidelines for HUD housing where Federal dollars are used in the renovation.

Another advantage is that these procedures require thorough cleaning procedures during and after the project to limit the amount of lead dust remaining around the work area of your home. You can expect a cleaner finish to a job when work is performed by a Certified Renovator.

You should request to see the RRP certificate of the renovator if work is to be performed at your home. There are many companies that are pro-active in their certification. Those performing work that are not certified, or not following the guidelines of the RRP process, are subject to heavy fines for each violation. For repeated violations or total disregard of the law stiffer penalties include loss of certification and imprisonment

Certified Renovators are also required to present a Renovate Right pamphlet put out by the EPA and HUD. Most questions are answered in the pamphlet, including the guidelines which will give you the option to opt-out of the RRP containment procedures.

The author, Tom Briggle is a Certified Renovator Special thanks to Bill Allman and Bill Reynolds who provided information for this article. 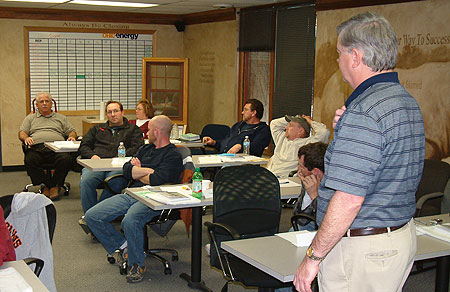