Veterans at ImproveIt Use Military Lessons Every Day

Throughout our lives, foundational principles like hard work, communication, and problem-solving stay with us, and we rely on them to guide us through new sets of circumstances. For a number of staff members at ImporoveIt, that foundation began with the U.S. military. This month, in recognition of Veterans Day, we caught up with two veterans on our team to hear how the lessons they learned while serving our country continue to help them in their careers today.

For Air Force vet Mark Younce, being a leader has always been a calling. Capitalizing on his personal interests, Mark started his military career at the same time that the U.S. was entering Desert Storm in 1991, and served a survival instructor for an F-16 fighter wing formerly based in Springfield, Ohio. While it may not seem like training fighter pilots to survive dangerous conditions translates to the home improvement industry, Mark brings a lot of lessons from his military experience to work with him every day.

“In the military, there are people all over the world that you get to work with and gel with, and you’re all going after one mission together,” says Mark, now ImproveIt’s Director of Sales. “When it was time for me to move on, I looked for something parallel where I could lead people and have the same teamwork atmosphere. I’ve worked with a lot of diverse groups, and getting a group to work together to accomplish a shared mission – that’s fun.”

After the Air Force, Mark worked on the retail side of the home improvement industry before joining ImproveIt in 2008. In those roles, keeping his teams motivated and energized is a top priority. “We all get tired and we all get stressed, but we have to focus on the big picture and where we’re going,” he says. “That’s been the theme for me with the team this month: find your grind. What motivates you? How do you energize yourself every day? That’s what I really encourage them to find.”

Because everyone’s “grind” is different, Mark stays in touch with his sales team members daily, offering the support and encouragement they need to stay motivated, even when the days get mentally exhausting. One trick he uses is a lesson that anyone can apply, no matter their line of work.

“When you’re having a bad day or you come off of a challenging meeting, it’s so important not to carry that with you,” he says. “Every customer we meet has their own unique set of problems they need us to help them solve. It can be a high-stress environment, but each of our customers deserves our best. How do we do that? It’s like a mental Etch-a-Sketch. Before each appointment, you shake it up, clear your mind, and remember your grind, so we can give our customers 100% of our focus.” 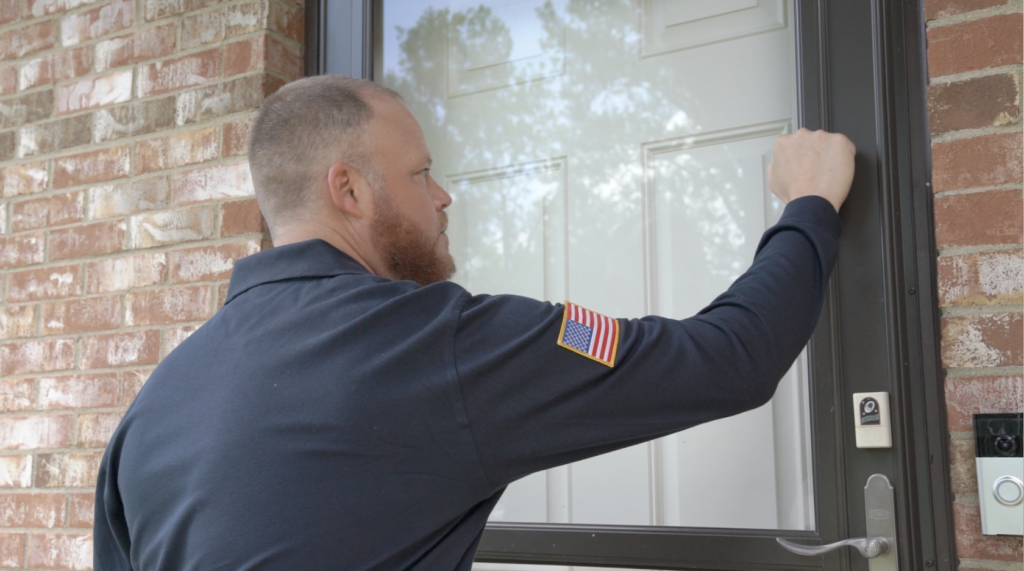 For the sales team, Mark finds that working with a variety of different people – both coworkers and customers – calls for a great deal of adaptability when moving from one day to the next. Dennis Gehring, a marketer in ImproveIt’s busy Columbus, Ohio-based call center feels the same way. His Navy experience put him in a variety of situations that tested his ability to act and react quickly. This skill has allowed him to move through a long and varied career that brought him to ImproveIt in 2008.

“There’s a misconception that a large portion of our military is carrying rifles and going into combat,” Dennis says. “The truth is, almost every job you can do as a civilian, you can also do in the military.”

Dennis took those opportunities to heart. Joining the Navy at just 17 years old with his parents’ blessing, he went from working in the mess hall to serving with the Honor Guard, and eventually as a messenger in the office of the Pacific Fleet Commander on Whidbey Island, Wash. With that introduction into radio communications combined with an aptitude for math and engineering, Dennis went to the Navy’s radio school and studied electronics and radio operation. His excellent performance there earned him a communications station in Hawaii for three years, performing more important communications tasks, deciphering messages and keeping communications properly encoded. He remembers being put to the test while on duty one day.

“I had earned some higher clearances by then, and I was in charge when the USS Pueblo ran aground,” he says. “My job was to take a top–secret message and transfer it to the commander of the Pacific fleet and to the President. We had to move fast because the ship had to destroy documents before the North Koreans could take them. Not only did they have to destroy them, but every communications station in the world had to change codes.”

Dennis’s ability to perform on the fly and adapt to challenging situations served him well that day, and in his post-Navy career as well. His engineering skills, honed by disassembling and reassembling radio equipment, were put to use in numerous roles, including as a sales and service manager for a banking equipment manufacturer, and a plant manager for a pet food company. Now in ImproveIt’s call center, he uses that working knowledge of systems and processes to help identify homeowner’s needs when they inquire about bath and window projects. Jumping between project types and working with a diverse group of people comes easy, thanks to his varied career experience.

“When you’re 17, you think you’re going to go out in the world and do whatever you want, but then it clicks that you really have to work hard if you want to get somewhere,” Dennis says. “But with the military, if you show them you have the want-to they’ll give you some great opportunities to succeed, and that pays off.”

Thankful for Our Veterans

At ImproveIt, our core values focus on integrity, respect, quality, and continuous improvement with no excuses. As we celebrate Veterans Day this year, we’re so grateful for Mark, Dennis, and the other veterans on our team, and thank them for their service to our country. Their military backgrounds exemplify our company values, and we’re so pleased that their career paths brought them to ImproveIt.

We also want to acknowledge veterans among our customers. We’re proud to be able to work with you! As our way of saying thank you for your service, we invite you to take an additional $200 off your project in November, on top of our great 50% off installation promotion this month. View Details*